A Nevada doctor has been accused of causing the deaths of three patients and has numerous examples of alleged prescription drug malpractice.

Investigations of the doctor are on going, but the Nevada State Medical Examiners Board has not suspended his license or taken any steps to force him to curtail his prescribing of large quantities of narcotic painkillers.

The medical board has the authority to summarily suspend the license of a doctor who is putting patients in imminent harm. 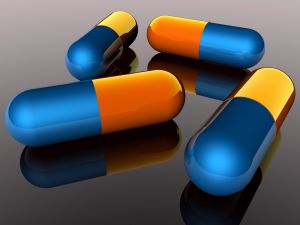 The accused doctor said in a sworn deposition that he performed no physical examination of one of the patients who overdosed and died, and gave her large quantities of drugs because she asked for them.

The Sun reported a month ago that the doctor prescribed thousands of narcotic painkillers to a self-admitted drug addict with no questions asked and no examinations performed, even after the man’s overdose on the pills.

Nevada State Pharmacy Board officials said state regulations sometimes put pharmacists in a difficult position, especially when they are asked to fill prescriptions for large quantities of potentially dangerous drugs.

In some cases, patients need large quantities of painkillers on a monthly basis, the pharmacists said. Pharmacists do not have a patient’s medical records and do not conduct physical examinations, so it is difficult to refuse prescriptions that appear to be legitimate.

The Sun found that Nevada has a prescription narcotics crisis. Nevadans rank No. 1 nationally in per capita consumption of hydrocodone, commonly known as Lortab or Vicodin, and fourth for consumption of methadone, morphine and oxycodone, the primary ingredient in the often-abused drug OxyContin.

Legal Analysis: What do you expect from the free wheeling lifestyle in Nevada?