As a Zoloft SSRI Birth Defect attorney, I am writing this article to provide an update on the Zoloft SSRI MDL status. Recent medical studies indicate that a class of drugs known as selective serotonin re-uptake inhibitors, SSRI, may have side effects including serious birth defects. Some studies have linked the use of SSRIs while pregnant with birth defects. SSRI birth defects may include persistent pulmonary hypertension of the newborn and other potentially serious heart and lung problems. 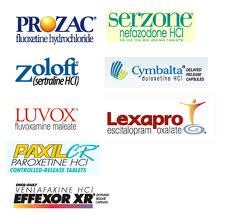 3 times the risk of infant heart defects
6 times the risk of Persistent Pulmonary Hypertension in Newborns (PPHN)
Spina Bifida/Neural Tube Defects
Club Foot
Abdominal and Cranial Birth Defects
Zoloft is manufactured and marketed by Pfizer, a multi-national pharmaceutical giant. Pfizer brought Zoloft to market in 1991 with approval to treat major depression. It is also used to for obsessive compulsive disorder (OCD) and social anxiety disorder. By 2007, Zoloft was the most prescribed antidepressant in the United States, with almost 30 million annual prescriptions.

What are Selective Serotonin Re-uptake Inhibitors?

Selective serotonin re-uptake inhibitors (SSRIs) are used as antidepressants and antianxiety medications. A recent study published in the New England Journal of Medicine has linked SSRIs to serious birth defects, including persistent pulmonary hypertension of the newborn (PPHN).

What is Primary Pulmonary Hypertension?

SSRI birth defects PPHN is a disorder of the lungs in which the arteries are severely constricted, causing the blood pressure in the pulmonary artery of the heart to rise to excessive levels. Blood flow is then reduced leading to reduced oxygen levels in the blood.

The antidepressant Zoloft, when taken during pregnancy, has been found to more than triple the risk of serious and deadly birth defects. Currently, the following anti-depressants are linked to birth defects:

Maternal use of antidepressants, such as Zoloft, during pregnancy may increase the risk of infants to be born with spina bifida and other neural tube defects (NTDs) – defects of the brain and spinal cord.

Spina Bifida – A NTD in which the fetal spinal column does not close completely during the first month of pregnancy. It can lead to paralysis.

Anencephaly – A NTD in which there is underdevelopment of the brain and skull. It is a fatal condition, and babies are stillborn or pass away shortly after birth.

In April, the U.S. Judicial Panel on Multidistrict Litigation transferred all Zoloft cases to District Judge Cynthia M. Rufe, in the U.S. District Court for the Eastern District of Pennsylvania, for coordinated handling as part of an MDL. Such centralization is designed to allow the parties to reduce duplicative discovery across similar cases and eliminate contradictory pretrial rulings from different judges.

All of the complaints involve similar allegations that Pfizer failed to adequately warn consumers or the medical community about the risks of problems for unborn children if Zoloft is used during pregnancy, which could include an increased risk of persistent pulmonary hypertension in newborns (PPHN), spina bifida, heart defects, lung defects, abdominal defects, cranial defects and other malformations.

If you took any SSRI antidepressant medication during pregnancy and your baby suffered any type of birth defect, you may qualify for damages or remedies that may be awarded in a possible lawsuit. Please click on this link to submit your claim to Dr Shezad Malik Law Firm who will review your case.