WAXAHACHIE, TEXAS — An Ellis County jury awarded two men $1.5 million as compensation for injuries they received in an 18-wheeler accident.

The two men were driving northbound on Interstate 35E in Waxahachie when a northbound 18-wheeler banged their car, causing it to roll several times. One of the men received a fractured vertebra and the other man received injury to his right knee, which required several reconstructive surgeries. 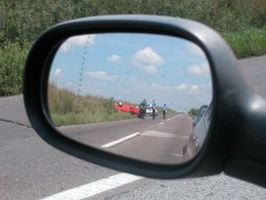 The men filed a personal injury claim against the Indianapolis, Ind.-based Celadon Trucking Services Inc., which operated the tractor trailer, alleging that the company was negligent in hiring the truck driver. They also calimed that the driver’s negligence caused the crash.

The jury award includes $750,000 for medical bills and another $750,000 for other actual damages such as pain and suffering, physical impairment and disfigurement.

Legal Analysis: No contest between a tractor trailer and a car. The truck wins every time. Here these folks’ lives were irrevocably changed when the driver smashed into them. The company needed to pay big time and feel pain intheir pocket book.