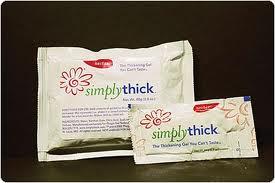 NEC has no definitive known cause. An infectious agent has been suspected, as cluster outbreaks in neonatal intensive care units (NICUs) have been seen, but no common organism has been identified. Pseudomonas aeruginosa is suspected for causing necrotizing enterocolitis in premature infants and neutropaenic cancer patients, often secondary to gut colonization. A combination of intestinal flora, inherent weakness in the neonatal immune system, empirical antibiotic use for 5 days or more, alterations in mesenteric blood flow and milk feeding may be factors. The most common area of the bowel affected by NEC is near the ileocecal valve (the site of transition between the small and large bowel). NEC is almost never seen in infants before oral feedings are initiated. Formula feeding increases the risk of NEC by tenfold compared to infants who are fed breastmilk alone. Expressed breast milk protects the premature infant not only by its antiinfective effect and its immunoglobulin agents but also from its rapid digestion.

There are 15 reported cases of necrotizing enterocolitis in premature infants who were fed mother’s breast milk or infant formula thickened with SimplyThick, and 2 of the babies have died. The babies were fed SimplyThick for varying amounts of time before symptoms of NEC appeared. Major NEC symptoms include the following:

The cases of necrotizing enterocolitis all involve premature infants who became sick over the past six months. Necrotizing enterocolitis most often occurs in babies within the hospital early in their premature course. But among the SimplyThick babies, some had been discharged from the hospital to home on a feeding regimen that included SimplyThick and then fell ill at home.

Severe cases of NEC can result in the following:

A segment of intestine may need to be removed.

Scarring and narrowing of the bowel.

The intestine may not be able to absorb nutrients normally, malabsorption.

If SimplyThick caused the NEC, and the baby dies, then the family has a wrongful death claim against the manufacturer.

Information and commentary provided by Dallas Fort Worth Personal Injury Attorney Dr Shezad Malik. The Dr Shezad Malik Law Firm can be contacted in Dallas toll free at 888-210-9693. If you or a loved one has been injured from SimplyThick Necrotizing Enterocolitis, please fill out our contact card for a free consultation.