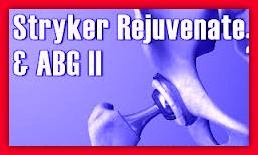 Johnson and Johnson’s DePuy ASR and Pinnacle models, Biomet’s M2a Magnum, Stryker Rejuvenate and ABG II models, Wright Conserve, Zimmer Durom cup and Smith and Nephew R3, have all been implicated as being defective, prone to early failure and subjected to revision surgeries.

The most recent recall involving Stryker hips took place quietly on July 4, 2012, while most Americans were busy with fireworks and apple pie.

Recently a motion has been filed with the U.S. Judicial Panel on Multidistrict Litigation (JPML) to consolidate all federal product liability lawsuits over the Stryker Rejuvenate and ABG II modular-neck stem hip replacement systems. Plaintiffs are requesting that the litigation be centralized before one federal judge for coordinated handling during pretrial proceedings.

MDL Centralization is stream lined to reduce repetative discovery among a large number of similar cases, designed to avoid conflicting rulings from different judges and to serve the convenience of the parties and witnesses.

The plaintiffs claim problems with the Stryker Rejuvenate or ABG II modular-neck stem, which was recalled in July 2012 amid reports of corrosion, fretting and early failure.

What is the Problem with Stryker Rejuvenate and ABG II modular-neck stem?

The Stryker Rejuvenate and ABG II hips are modular or multipart, featuring two pieces that fit inside each other to allow the surgeon to customize the length based on the patient. This design has been linked to an increased release of microscopic metal debris as the chromium-cobalt neck rubs against the titanium femoral stem.

A Stryker Rejuvenate recall was issued in July 2012, only four years after the hip replacement system was introduced, after medical data that revealed excessive hip failures. More than 53,000 Stryker Rejuvenate or ABG II modular-neck stems were sold before the recall, most of which had already been implanted in patients.

In January 2013, Stryker issued a follow up statement to physicians and patients, providing updated information and recommendations for folks who have one of the recalled Rejuvenate or ABG II stems. Stryker indicated that regular testing is necessary, even for those patients not yet experiencing device failure.

Similar consolidation has already been established in the New Jersey state court system, where all Stryker Rejuvenate lawsuits have been consolidated as part of a Multi-County Litigation (MCL) in Bergen County. A large number of complaints are expected to be filed in New Jersey, as that is the home state for the device manufacturer, Howmedica.

More than 80 lawsuits have been filed in Bergen County against Stryker Orthopaedics by patients claiming that the medical device maker sold them a defective hip implant that was later recalled from the market. The first suit against Stryker was filed last summer by a 66-year-old Florida woman who alleged that she replaced her right hip with Stryker’s device known as Rejuvenate, based on a promise that it would last for decades.

The device failed within months, however, causing severe pain to the woman and requiring her to undergo several surgeries, the lawsuit alleged. The devices were sold to these patients on the promise that they would last anywhere from 20 years to a lifetime. In the case of all the patients, however, the devices failed in less than two years.