Although hair loss is a common side effect of chemotherapy, permanent hair loss is not. However, as lawsuits against the makers of Taxotere are beginning to reveal, that is not always the situation. 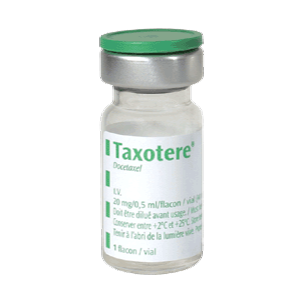 The FDA approved Taxotere (docetaxel) in 1996 for treatment of breast cancer. Taxotere has since been used to treat several other types of cancers including non-small lung cancer, prostate cancer, gastric cancer, and head and neck cancer. While Taxotere is an effective cancer drug, lawsuits filed against the makers of Taxotere allege that the drug causes permanent hair loss.

Hattie Carson, a plaintiff in the lawsuit against Taxotere, received Taxotere as part of her chemotherapy in an effort to combat breast cancer. Six months after taking Taxotere, her hair failed to grow back. She was then diagnosed with Taxotere alopecia (permanent hair loss).

In December 2015 the FDA issued a formal warning and Taxotere updated their label to warn about the potential for permanent hair loss. Soon after Taxotere’s move, Carson launched a lawsuit again the cancer pharmaceutical company in the US District Court of the Northern District of Ohio (Case Number: 1:16-cv-00165).

“Although alopecia is a common side effect related to chemotherapy drugs, permanent alopecia is not. Defendants, through its publications and marketing material, misled Plaintiff, the public, and the medical community to believe that, as with other chemotherapy drugs that cause alopecia, patients’ hair would grow back,” Carson’s lawsuit states.

Did you experience permanent hair loss after taking Taxotere?