As a Dangerous and Defective Drug attorney, I am writing this opinion piece, regarding the latest US Supreme Court Generic Drug Decision, which in my humble opinion is disastrous to Patient Safety. The case is PLIVA, Inc. v. Mensing. 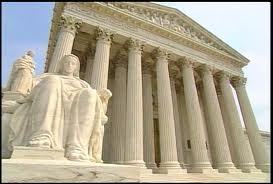 The seriousness and ramifications of this opinion cannot be understated. The Court’s decision now prevents millions of Americans, who have been seriously injured by generic drugs, from seeking compensation for their injuries. Generic drug manufacturers have a huge business in the United States. This opinion immunizes those drug manufacturers from liability. Another win for Big Pharma, and the consumer gets it again.

The dissent, ridiculed the Court’s decision, stating, “As a result of today’s decision, whether a consumer harmed by inadequate warnings can obtain relief turns solely on the happenstance of whether her pharmacist filled her prescription with a brand-name or generic drug. The Court gets one thing right: this outcome makes little sense.” “In some States, pharmacists must dispense generic drugs absent instruction to the contrary from a consumer’s physician. Even when consumers can request brand-name drugs, the price of the brand-name drug or the consumers’ insurance plans may make it impossible to do so. As a result, in many cases, consumers will have no ability to preserve their state-law right to recover for injuries caused by inadequate warnings.”
In many cases, once generic versions of a drug enter the market, the brand name manufacturers stop selling the drug. A consumer may have no option but to use a generic drug, and then find themselves without a remedy if they develop a catastrophic injury.

Patients will now be taking generic drugs at their own risk. It is absurd that doctors and patients will have to make medical decisions knowing that only brand-name drug manufacturers – not generics – can be held accountable for their drugs’ dangerous side-effects.

Today, 70 percent of all prescription drugs are filled with generic versions, accounting for about 2.6 billion prescriptions every year. Additionally, the generic drug industry continues to expand – nine of the industry’s 10 biggest blockbuster drugs are going off-patent within in the next few years.

The ruling is an immense blow for consumer rights, equality and fairness, principals upon which the American legal system was founded.