Another example of a corporation being caught with its hand in the cookie jar. Medtronic has agreed to pay the U.S. Justice Department $23.5 million to settle allegations that the company paid doctors to implant its pacemakers and defibrillators. 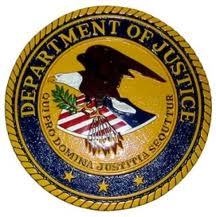 The Justice Department investigation alleged that Medtronic paid doctors between $1,000 and $2,000 per patient implanted with a Medtronic pacemaker or defibrillator as part of four post-marking studies.

According to a press release from the Justice Department, the payments were to promote doctors to use a Medtronic device over other competing devices, and to persuade them to be loyal to Medtronic for future cardiac procedures.

The settlement ends a federal qui tam suit filed in Minnesota, as well as a similar qui tam suit filed in California. Both suits alleged Medtronic violated the U.S. False Claims Act by using post-market studies and device registries as vehicles to pay participating physicians kickbacks for implanting its pacemakers and ICDs in Medicare or Medicaid beneficiaries.

According to the attorneys bringing the whistle blower action, “Our society owes an enormous debt to individuals with the courage to blow the whistle when medical device makers try to influence physicians.” “When the use of procedures or devices is driven by corporate greed rather than medical need, it creates a potentially dangerous situation for patients and contributes to escalating medical costs.”

The qui tam or whistle blower provisions of the False Claims Act permit private citizens, called “relators,” to bring lawsuits on behalf of the United States and receive a portion of proceeds of any settlement or judgment.

According to Tony West, assistant attorney general for the department’s civil division, “patients who rely on their healthcare providers to implant vital medical devices expect that those decisions will be made with the patients’ best interests in mind.” “Kickbacks, like those alleged here, distort sound medical judgments with financial incentives paid for by the taxpayers.”

Medtronic said the payment is not an admission that any of the company’s studies were “improper or unlawful.”

“Medtronic is happy to have this investigation behind us, so we can continue designing and executing clinical trials that generate evidence to improve patient care, outcomes, and cost effectiveness,” Marshall Stanton, MD, vice president of clinical research and reimbursement for the Medtronic’s Cardiac and Vascular Group, said in a statement.

Medtronic also is being investigated by the Justice Department over allegations that doctors paid by the company failed to report serious side effects associated with Medtronic’s spine surgery device, Infuse.

So did the company learn anything? Or were they surprised to be caught with their hand in the cookie jar. The hits keep on coming…, are there any depths to which these corporations will not stoop to? Where will the companies draw the line, where is the lesson learnt?
Unfortunately we will have to wait until the corporate executives start being accountable for their actions and end up in jail. So far only civil fines and no admissions of guilt or liability. Just the cost of doing business in the US of A.