As a Texas medical doctor and YAZ, Yasmin and Ocella Personal Injury attorney, I am providing this litigation update, information and commentary. 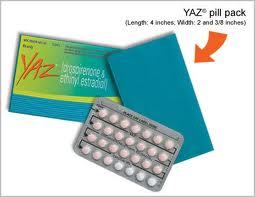 Judge Herndon overseeing the federal Yaz and Yasmin MDL, has rejected the consolidation of multiple cases during the early bellwether trials. The Court plans for “meaningful” settlement negotiations after the initial trials are held. These mini trials will help decide how juries will to respond to similar evidence and testimony like other cases in the litigation.

There are more than 6,350 lawsuits that have been centralized in the U.S. District Court for the Southern District of Illinois. All of the cases allege that Bayer failed to adequately warn about the risk of serious and potentially life-threatening side effects of Yaz and Yasmin birth control, such as a stroke, pulmonary embolism, deep vein thrombosis or gallbladder disease.

In October 2010, the Court issued an order for a handful of cases to be prepared for three early trials, known as bellwether cases. The first trial, which is scheduled to begin in 2012, will involve a pulmonary embolism injury claim. The second trial will involve a gallbladder injury and the third trial will involve a venous thromboembolism (VTE), a deep vein thrombosis (DVT).

Plaintiffs’ attorneys requested Judge Herndon to consolidate several cases for the 2nd and 3rd trials. They argued that trying cases one plaintiff at a time would “commit this litigation to a lifespan of eternity.” Plaintiffs states that there has been no movement by Bayer towards a Yaz settlement agreement, and suggested that effeciences would be served by trying several cases at a time after the 1st bellwether trial.

On August 18, Judge Herndon rejected this request and indicated that the 2nd and 3rd bellwether trials will proceed and shall be individual plaintiffs.

“The Court has no intention of presiding over anything into eternity, let alone this litigation, and the Court is presently working on a process that will engage the parties in settlement discussions following the bellwether trials in a meaningful way,” Judge Herndon wrote.

Although the first trials are approaching, the number of lawsuits is expected to continue to grow as Yaz and Yasmin lawyers review and file additional cases in the coming months and years for women who have experienced health problems from the birth control pills. Early estimates suggested that more than 25,000 women may eventually file a Yaz birth control suit.