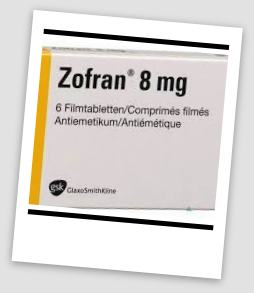 According to Brosseau, Zofran caused her daughter to be born with an atrial septal defect or a hole in the heart. Atrial septal defect can be a serious life threatening heart condition, which can only be corrected by invasive cardiology procedures or in severe cases, open heart surgery.

Brosseau alleges that GSK failed to warn pregnant mothers about the congenital heart defect risks with Zofran. Brosseau claims that her daughter, K.C., was born with hole in the heart from intra-uterine exposure to Zofran during the first trimester of pregnancy.

Zofran is a drug developed by GSK, and approved by the FDA in 1991, only for the treatment of nausea and vomiting in cancer patients after chemotherapy, and radiation therapy. GSK through aggressive marketing aimed at pregnant women and their doctors, has made Zofran the single most popular drug for the treatment of morning sickness.

Pharmaceutical companies are not allowed to promote or market drugs to patients beyond their approved use by the FDA. This is known as “off-label” marketing.

There are many filed Zofran birth defect lawsuits across the United States, claiming that GSK failed to warn doctors about the heart defect risks and other catastrophic birth defects, and illegally promoted off label Zofran for morning sickness use while the company knew or should have known that it could be dangerous for unborn children.

According to medical experts, GSK marketed Zofran off label since January 1998 as an established safe and effective treatment for pregnancy-related nausea and vomiting. But GSK has not allegedly studied the effects of Zofran in pregnant women or their children.

In 2006, Hong Kong researchers reported that Zofran crosses the placenta in significant amounts when taken by pregnant women.

In November 2011, the Birth Defects Research Part A: Clinical and Molecular Teratology journal reported that women may be 2.37 times more likely to give birth to a child with a cleft palate following Zofran use.

In August 2013, Danish Medical Birth Registry researchers reported that children may be two to four times more likely to suffer a septal defect, or holes in the heart, after Zofran exposure.

In October 2014, Reproductive Toxicology journal reported that there is an increased risk for certain heart defects with Zofran use early in pregnancy.

The lawsuits allege that GSK has received more than 200 reports of birth defects in children who were exposed to Zofran during pregnancy.

All the Zofran personal injury federal lawsuits will be centralized and consolidated before U.S. District Judge Dennis Saylor, in the District of Massachusetts for coordinated discovery and pretrial proceedings. At last count, there are more than 50 Zofran injury lawsuits filed nationwide.