The FDA issued a warning letter to Intuitive Surgical, which hammers the makers of the da Vinci surgical robot for failing to notify the federal regulators about information the company sent to doctors using the robotic surgery machine. 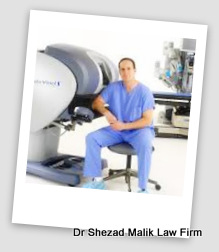 The FDA letter was issued after a FDA inspection between April 1 and May 30 of the company’s production facility. Investigators found that Intuitive Surgical had sent out field correction letters to doctors and hospitals in order to correct or prevent da Vinci problems.  According to federal regulations, the FDA must be informed within 10 working days of such a notification.

One of the notifications appears to show that Intuitive Surgical knew that the da Vinci had problems with electricity arcing from the tools as early as October 2011.

The company implied it was unaware of any injuries associated with the defective da Vinci hot shears caused by electrical arcing. Intuitive Surgical received at least 134 complaints and 82 MDRs involving the problem just between January 2010 and December 2011.

According to the FDA, Intuitive Surgical sent a notice to doctors in October 2011 about issues with the da Vinci robot in thyroidectomy surgeries. The device was not cleared for that surgery after the manufacturer received at least 13 complaints and filed 5 MDRs related to thyroidectomies with da Vinci robots between July 2009 and October 2011. This action was also not reported to the FDA, according to the letter.

The company issued a third field correction letter on proper inspection of instrument cannulas, proper flushing of the instruments and transporting the da Vinci from one facility to another. Another letter was sent by Intuitive Surgical in January 2013, changing the user manual to warn surgeons not to use the da Vinci on certain types of patients, including children. The FDA letter states that had it known about the field corrections it would have considered the actions class II da Vinci surgical robot recalls because they all involved reducing or preventing a health risk posed by the surgical robot.

Recently, a Class II da Vinci robot recall was issued because 30 robots were not properly tested before being distributed.

Many experts are examining the safety and effectiveness of the robot for surgical procedures. Intuitive Surgical is bearing the brunt of da Vinci product liability lawsuits. Plaintiffs claim that they suffered burns, tears and other internal injuries caused by problems with the robot.