As a Fosamax Femur Fracture attorney, I am providing this update regarding Merck’s application for an MDL.

Merck has filed a petition for MDL (multidistrict litigation) to consolidate and centralize all federal Fosamax bone fracture lawsuits for handling during pretrial litigation. 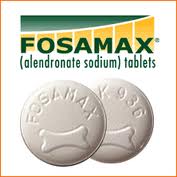 More than 900 Fosamax lawsuits against Merck have already been consolidated as part of an MDL in the U.S. District Court for the Southern District of New York; those involved claims that Fosamax caused jaw injury, known as osteonecrosis. There are now Fosamax suits filed by folks who have suffered a femur fracture or other bone fracture after taking the osteoporosis drug.

On March 23, Merck asked the U.S. Judicial Panel on Multidistrict Litigation (JPML) to create a new MDL for this type of injuries caused by Fosamax, where plaintiffs claim that long-term use of Fosamax increases the risk of low-trauma or no-trauma fractures, involving the femur or thigh bone.

The FDA added warnings about the risk of bone fractures from Fosamax and other bisphosphonate medications in October 2010, requiring drug makers to warn consumers that they should seek immediate medical attention if they experience new groin pain or thigh pain while taking the drug, which can occur weeks or months before a complete fracture of the femur on Fosamax occurs.

More than 100 people have filed a Fosamax bone fracture lawsuit, alleging that Merck failed to adequately research their medication or provide adequate warnings before they suffered a femur fracture or bone break. The claims are contained in 36 complaints that have been filed in at least 8 different federal district courts throughout the United States.

Merck has asked the U.S. Judicial Panel to centralize and consolidate the Fosamax bone fracture litigation in the U.S. District Court for the District of New Jersey, where most of the cases are currently pending and where the drug maker has its headquarters. In the alternative, Merck requested that the Panel transfer the cases to the U.S. District for the Western District of Louisiana.

Bone fracture lawsuits were excluded from the prior Fosamax MDL, which was established in August 2006 for claims filed by individuals who suffered decay of the jaw bone from Fosamax.

A popular osteoporosis drug, Fosamax® and its generic form Alendronate®, is implicated to cause spontaneous fractures.

Fosamax® is a drug used to strengthen bones, for many women it has worked successfully but according to medical reports, women who have taken the drug for five years are at risk of suffering spontaneous fractures.

Doctors are seeing many femurs fractured in patients who have been on the drug. If you have taken Fosamax® or its generic form Alendronate® and believe to have been injured as a result, please fill out the form below to contact a Case Manager.

Information and commentary provided by Dallas Fort Worth Personal Injury Attorney Dr Shezad Malik. The Dr Shezad Malik Law Firm can be contacted in Dallas toll free at 888-210-9693. If you or a loved one has been injured from a Femur Fosamax Fracture, please fill out our contact card for a free consultation.