As a Texas medical doctor and Dallas Hydraulic Fracking Attorney I am providing this information and commentary. 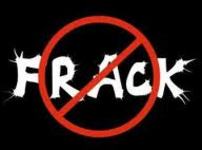 According to the EPA, If approved, the rules would amount to the first national standards for fracking of any kind. The agency sets guidelines when companies inject fluids underground, but in 2005 Congress prohibited the EPA from doing so for fracking. Regulation has been left to the states, some of which compel companies to report what chemicals they use and have imposed tougher well-design standards.

The new EPA proposal would limit emissions released during the stages of natural gas production and development, and targets the volatile organic compounds released in large quantities when wells are fracked. According to the EPA, drillers would have to use equipment that captures these gases. According to environmental experts, the proposed rules represent a step by federal regulators amid a growing controversy over fracking’s safety.

The American Petroleum Institute, the country’s main oil and gas lobbying group, has requested that the EPA delay finalizing the rules for at least six months beyond the current Feb. 2012 deadline.

The Marcellus Shale Coalition, a group representing gas drillers in the Northeast, issued a statement criticizing the proposed regulations, saying they would “undercut” gas production.

The EPA proposal is the result of a successful 2009 lawsuit brought against the agency by WildEarth Guardians and another advocacy group alleging that the agency had not updated air-quality rules as required. The EPA is supposed to review such rules at least every eight years, but in some cases had not done so for 10 years or more.

According to Jeremy Nichols, the climate and energy program director for WildEarth Guardians, hydraulic fracturing is a major source of emissions because when fluids used to frack a well return to the surface, they carry gases that can be vented into the air. In fracking’s case the soupy return contains methane, volatile organic compounds and toxic chemicals such as benzene, which generally spray into the environment. In some gas drilling areas, where emissions from drilling are particularly high, they no longer meet federal air quality standards.

The EPA proposal also calls for reducing emissions of toxic chemicals, such as cancer-causing benzene, produced by processing, transmitting and storing natural gas. Some environmentalist experts were disappointed that the proposed rules do not target methane, a potent greenhouse gas that is also the primary ingredient of natural gas. The oil and gas sector accounts for nearly 40 percent of all methane emissions nationwide, according to the EPA.

Click here. Drilling Regulatory Staffing in Your State. Search for how many wells have been drilled and how many gas regulators are in your state.

Click here. Graphics: What is Hydraulic Fracturing? Anatomy of a Gas Well