As a Yaz, Yasmin, Ocella Gallbladder disease attorney, I am providing information on this latest Canadian study, which found an increase of gallbladder disease in women who took Drospirenone containing birth control pills. 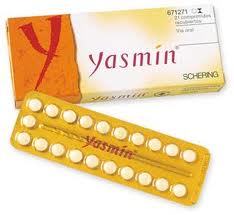 Drospirenone is a synthetic progestin hormone which has diuretic properties. It is used in combination with another estrogen hormone, ethinyl estradiol, in Bayer’s Yaz and Yasmin. Bayer recently released Beyaz and Safyral, two more birth control pills identical to Yaz and Yasmin, with added folate.

Bayer is fighting allegations that its popular birth control pills can put women’s lives at risk, with more than 3,000 lawsuits filed against the company from women who say they were harmed by the pills.

The new study was funded by the Fonds de la recherché en sante du Quebec, a government-financed research agency, and is in the current issue of the Canadian Medical Association Journal.

Information and commentary provided by Dallas Fort Worth Personal Injury Attorney Dr Shezad Malik. The Dr Shezad Malik Law Firm can be contacted in Dallas toll free at 888-210-9693. If you or a loved one has been injured from YAZ, YASMIN, OCELLA, please fill out our contact card for a free consultation.