As a Dallas, Texas medical doctor and DePuy ASR metal on metal hip recall and DePuy Pinnacle metallosis and injury replacement attorney I am providing this timely update for folks who have been injured by defective metal-on-metal hip replacement implants. 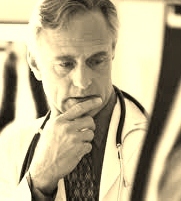 The filed DePuy Pinnacle metal-on-metal hip replacement lawsuits, have now past the 3,200 mark. These lawsuits alleging defective DePuy Pinnacle hip devices and injuries in the federal court system, have been consolidated in the Northern District of Texas, Dallas division. All of the suits involve similar allegations that the DePuy Pinnacle Acetabular Cup System was defectively designed or manufactured, and that inadequate warnings were provided about the risk of early complications or problems.

What is DePuy Pinnacle Hip?

The DePuy Pinnacle model, is similar to the recalled DePuy ASR metal on metal hip. The DePuy Pinnacle hip is an older design of the metal-on-metal hip system that has been associated with early failure, leading to revision or replacement surgery. In August 2010, there was a DePuy ASR hip recall was issued by Johnson and Johnson for about 93,000 implants, after medical studies demonstrated that the metal-on-metal hip replacements were failing within a few years after surgery.

According to the lawsuits filed against DePuy and Johnson & Johnson, both the ASR and Pinnacle hip implants have a design that allows metal on metal grinding, which leads the metallic particles to infiltrate the hip joint and muscles, and can be absorbed into the blood stream. These metal particles are extremely toxic, corrosive and can increase the local hip inflammation and loosening of the artificial hip components. This medical condition is known as metallosis.

All DePuy Pinnacle lawsuits filed in U.S. District Courts throughout the country have been consolidated as part of an MDL, in the Northern District of Texas. The first DePuy Pinnacle hip lawsuits are expected to be ready for trial by September 1, 2014.

Similar allegations have been filed in more than 6,000 product liability lawsuits over the recalled DePuy ASR hip implants, which are consolidated in a separate MDL that is centralized in the U.S. District Court for the Northern District of Ohio.

Manufacturers of other metal-on-metal hip systems also face similar lawsuits over problems with their implants, including the Biomet M2A-Magnum hip, Smith and Nephew, Stryker Rejuvenate and ABG II and Wright Medical Conserve Plus hip.