Folks who are regular readers of my blog, have seen the articles I have written about regarding DePuy ASR Metal on Metal hips. Unfortunately, despite my best efforts to highlight this tragedy, we still get inquiries from potential clients who are unaware and uninformed about the dangers of metallosis. 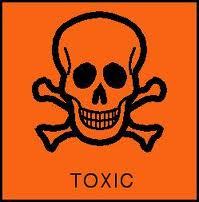 We should be shocked at the intolerable and unacceptable suffering caused to thousands of patients fitted with faulty DePuy hip implants and we should demand urgent action from DePuy.

Many of the 96,000 Americans who had received the DePuy metal-on-metal hip replacements, unfortunately need one or more revision surgeries and they also report serious and systemic health problems extending beyond the initial complications caused by the device.

This issue has been described as a ticking time bomb facing many patients. This issue has been extensively documented in my previous blogs. There is no uniform methods or protocols to monitor the levels of cobalt, chromium and other toxic metals which have been recorded in patients with the metal-on-metal prostheses. Even if asymptomatic, many patients have toxic heavy metal levels and sooner or later will need to have the hip removed and replaced. This tragedy is just beginning to unfold.

Also the orthopedic doctors who had implanted these devices, and would still be doing them today, if it was not for the recall last August, are also mostly unhelpful in working up their patients. For all practicable purposes, my clients feel abandoned by their doctors.

Furthermore, DePuy, a subsidiary of Johnson and Johnson, one of the world’s largest medical device and pharmaceutical company, has been eerily quiet. They created the mess and now they are missing in action. No corporate news is forthcoming and they are hunkered down in litigation, a siege mentality.

Do they want to settle, clean up the mess and become owners of the problem? Sadly no, they are playing games, waiting for the statute of limitation game to be played out. In the US, most states have a 2 year limitations to bring a product liability suit. For all practicable purposes, the 2 year statute should run by August 2012, 2 years after the recall. If by then, some experts believe, if you have not brought your product liability suit, you may be poured out and lose your day in court forever.

So it is down to the trial lawyers to wade through the mountain of paper that has been produced in discovery during this lawsuit and connect the dots. They are looking for the needle in the haystack, the “killer” documents that point the accusing finger at the company; the “smoking gun” documents that reveal that the company knew about the risks of metallosis and that their metal on metal design was flawed. That, despite having this critical knowledge they proceeded anyway, with conscious indifference, ignoring the risks and making a business decision that the sale revenue of the hips would cover any potential damages to be paid out in litigation.

This is a dangerous calculus, corporate history is littered with examples of this. This was tried with the Ford Pinto in the 1960’s, and most recently with Merck’s Vioxx, who were dinged by the Justice department to the tune of a billion dollars. Is that what happens in corporate boardrooms with the pencil pushers?
You would think the company would fess up, declare that while it was a good idea on paper, it did not translate into a usable and safe medical device. You would think as all responsible corporate companies, they would own their mistake and open up the check book and make compensation? No, that would be too easy, in this age of corporate greed, in this much maligned and malignant times, the DePuy ASR hips are a canker on the orthopedic world. Pox on you too DePuy.

What ever happened to the Johnson and Johnson of old? The time in distant memory, when there was the Tylenol tampering case, they owned the problem, took decisive steps and cleared all the shelves of the drug and immediately went on a media blitz warning patients of the dangers This was cited as text book damage control and was taught as a model for would be corporate types in business schools around the country, if not the world.

What ever happened to that company and that CEO? Alas, the company now, is no longer the company of yore. It has faded into the annals of time and regulated to the dusty pages of history books and tomes on corporate management. Nobody reads those books any more. You ignore history at your peril.

It is all about corporate greed, putting profits before people and short term gains and short term share price. The corporations of today are boxed in by the “quarter mentality.” Everything is short term and the horizons are quarter to quarter. Nobody thinks of year over year or has a 5 year strategic business plan. The modern CEO is all about boosting the share price short term, maximizing short term profits and getting his stock options and then invariably the golden parachute when the chickens come home to roost, when the edifices built collapse around them and it turns out to be just smoke and mirrors and just a facade.

This is symptomatic of the larger world we live in, competition is killing us, the pace of innovation is proceeding at unparalleled speed, it is produce or perish at its maximum. We are losing the competive edge to China and soon this shall all pass. We need to stop and stake stock, are the companies looking to be a 1 year company or build something that lasts?
DePuy and Johnson and Johnson, do the right thing, you know what that is.

Happy Thanksgiving to all.