U.S. Medicare and Medicaid officials have found problems at Dallas County’s general hospital after a newspaper investigation into a woman’s botched 2008 knee replacement surgery. This hospital became famous world wide after the Kennedy assassination in the 1960’s. 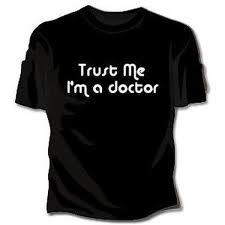 The U.S. Centers for Medicare & Medicaid Services found that failures by Dallas’s Parkland Memorial Hospital resulted, in some cases, in rape, amputation and death. Hospital officials have assured that they have resolved the problems cited in the report. The agency performed an inspection of the hospital after the Dallas Morning News reported on its investigation into the case of Jessie Mae Ned, whose knee replacement led to nearly follow-up surgeries, infections, amputation of her left leg and $1 million in Medicaid billings.

The inspection report by the federal agency noted that Parkland had no formal policy in 2008 for faculty supervision of doctors in the residency program of the University of Texas Southwestern Medical Center at Dallas. Those residents provide most of the medical care at Parkland, which is a teaching hospital.

In Ned’s case, the primary surgeon during her first operation, the knee replacement, had been out of medical school for almost a year. The young resident and a medical school student oversaw Ned’s care for the first 72 hours after her surgery but overlooked a rare surgical injury to a leg artery that led to her devastating postoperative complications. The records show a UT Southwestern faculty surgeon was present during the surgery, but show no sign of his involvement in the 72 hours of postoperative care.

The January federal inspector’s report showed that aside from failing to “ensure that the medical staff is accountable” for quality of care, “medical records were not complete.” Also, Parkland “failed to identify a medical error” until after the newspaper’s investigation.

Parkland is providing Ned with physical therapy and helping her learn to use the prosthetic leg she received in February. She has received no compensation from the hospital or the medical school for her lost limb.

Information and commentary provided by Dallas Fort Worth Personal Injury Attorney Dr Shezad Malik. The Dr Shezad Malik Law Firm can be contacted in Dallas toll free at 888-210-9693. If you or a loved one has been injured or killed from Medical Malpractice, please fill out our contact card for a free consultation.