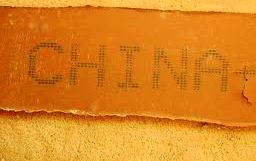 The accord was announced before U.S. District Judge Eldon Fallon in New Orleans, who is overseeing about 12,000 suits filed over the contaminated drywall that have been consolidated for pretrial evidence gathering.

According to the plaintiff attorneys, “homeowners who can show they have KPT product in their homes will be covered and the costs of those repairs are covered by the agreement no matter how much the total cost may be to the company.”

According to state Attorney General James Caldwell, More than 1.1 million sheets of harmful Chinese drywall were used in Louisiana rebuilding projects after hurricanes Katrina and Rita struck in 2005.

About 55 percent of the property owners who may benefit from the settlement live in Florida while 35 percent are Louisiana residents, according to experts.

The remaining cases involve drywall made in China by units of Taishan Gypsum Co. and Beijing New Building Materials Public Limited Co., the judge said. Fallon said he will travel to Hong Kong to supervise depositions in the suits.

Other drywall suppliers, such as Miami-based Banner Supply Co., agreed in June to pay about $55 million to settle claims over the contaminated building materials made in China.